Evren da Conceição is a DJ, music producer, sound and performance artist who works in club, public space, theater, film and gallery contexts. She is best known for her highly energetic, driving and intense DJ sets and live electronic music performances, which are influenced by a wide range of styles, be it underground techno, acid, electro or experimental electronic music. Her affection for analogue sounds and machines drives her to mix in a hard, uncompromising style, combining industrial beats with acidic, spacey, tribal, dubby and ambient elements. Due to her multidisciplinary background and education, she regards individual and extensive conceptual frameworks as paramount importance for her work and enables her a diverse approach to any project she puts her mind to.

Evren da Conceição started her career as an actress and performer in Istanbul, where she received her Performing Art Education at the acknowledged Studio Oyunculari. For five consecutive years, she worked in the fields of theatre, film and television. After moving to Vienna in 2003 to study philosophy, theatre, film and media studies, she began to develop a trans-disciplinary approach in her work, which was followed by collaborations with other artists and collectives, such as with Viennese performance collectives God’s Entertainment, K.J.D.T. and Das Gut. She had artist residencies in different cities: TWS Shibuya (Tokyo), Honon In Temple (Kyoto), Green Papaya Art Projects (Manila), Patravadi Theatre (Bangkok) just to mention a few – she is one of the founding members of the Brussels-based performance company A’labordage Art Projects and performed at Viennese Art Festival Wiener Festwochen, the WUK performance art and Brut, both also in Vienna.

During her two-and-half-year residency in Salvador da Bahia, Brazil, which she defines as “life changing” and “truly profound experience” she came into contact with Afro-Brazilian culture and music and started focusing her work constantly on sound and music. In the past five years she has been researching and exploring performance art and electronic music in different settings and contexts. The main concepts of her current artistic research and practice can be described as “Liveness,”, “The Art of DJing” and “Party as a medium” on which she elaborates: “I experience parties as large-scale participatory performances that provide an experimental, open and lucid platform to try out new ideas and to connect in a deeper way. A party, a club can be art and can be quite transformative, explosive and healing.”

In her DJ-sets and live electronic acts she concentrates on reaching a pure form of ecstatic energy, where time, space, sound and body transform into another level of consciousness, making her performances a unique experience. As a result of her outstanding selections and unique sound, she regularly DJs and plays live sets at the leading underground venues and clubs of Vienna (Grelle Forelle, Fluc, Das Werk, Flex and many others). Besides DJing and live performances, she also records mixes for radio (FM4, Art Style Techno, Fnoob Techno, blankTON.radio, Frission etc…), produces her own tracks and remixes, takes part in collaborative projects such as improvised and live electronic performances with Anthony K. (City Nights Tracks, New York), as well as curating the underground party/event series XOXO since 2017.

Evren da Conceição is currently based in Vienna and works on her new audio-visual performance project DEEP.SPACE.RAVE., which is going to premiere in november 2018. Her debut album is going to be released next year in 2019. 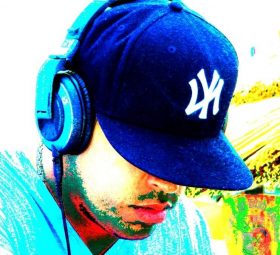 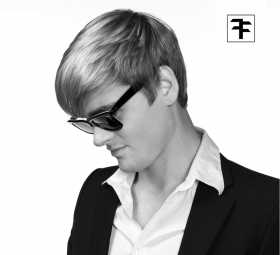